Top 10 Famous Temples and Monasteries in China - The Architecture Designs 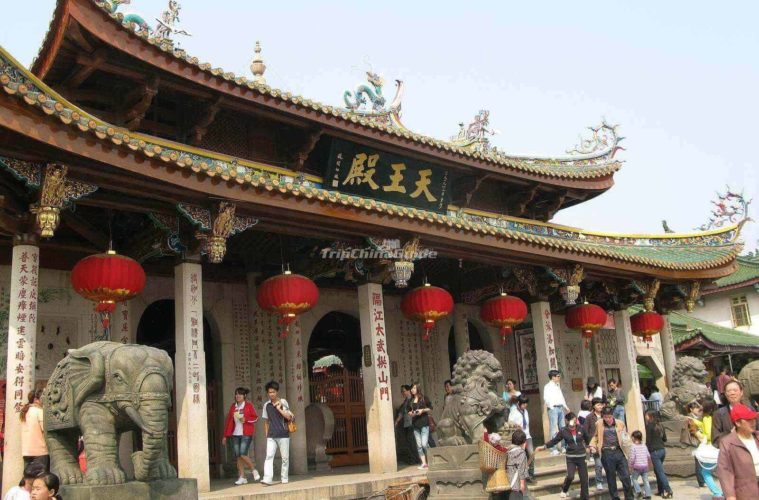 The one thing that remains constant in any tourist place is the different worshipping place. Each country worships different Gods and has a worshipping place which is regarded as the residing place of a particular God. One can find a lot of temples and monasteries in China as well, which are beautifully built and is known for the architectural value rather than the religious importance. Here we talk about the top 10 Temples in China which one should definitely visit. 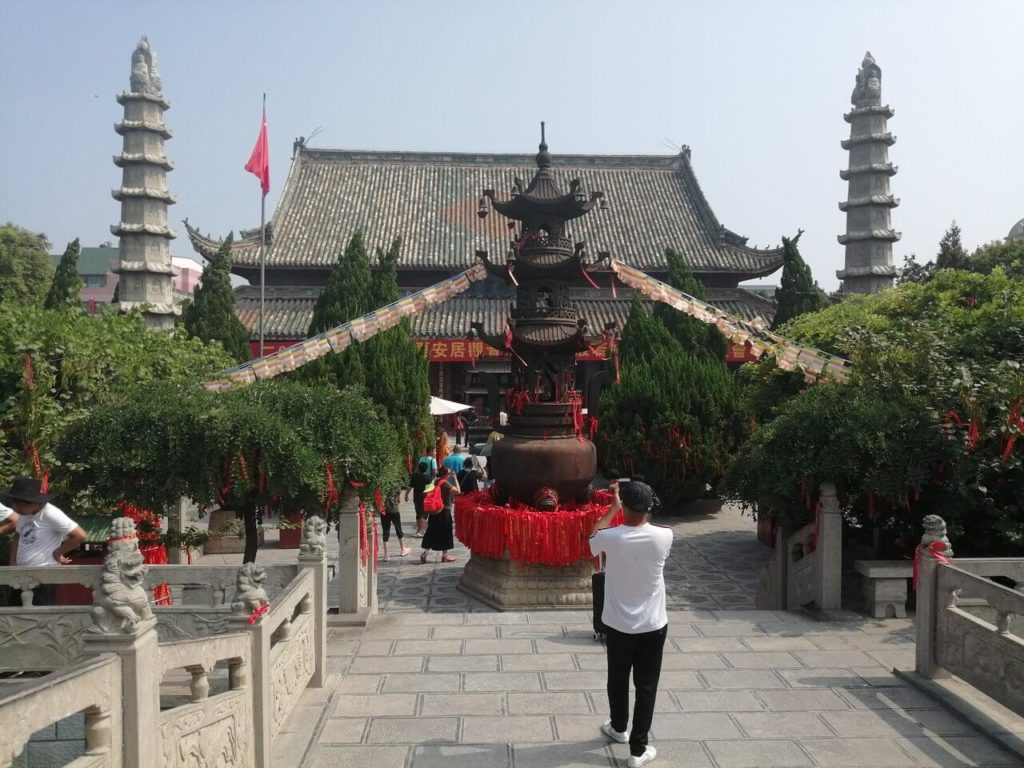 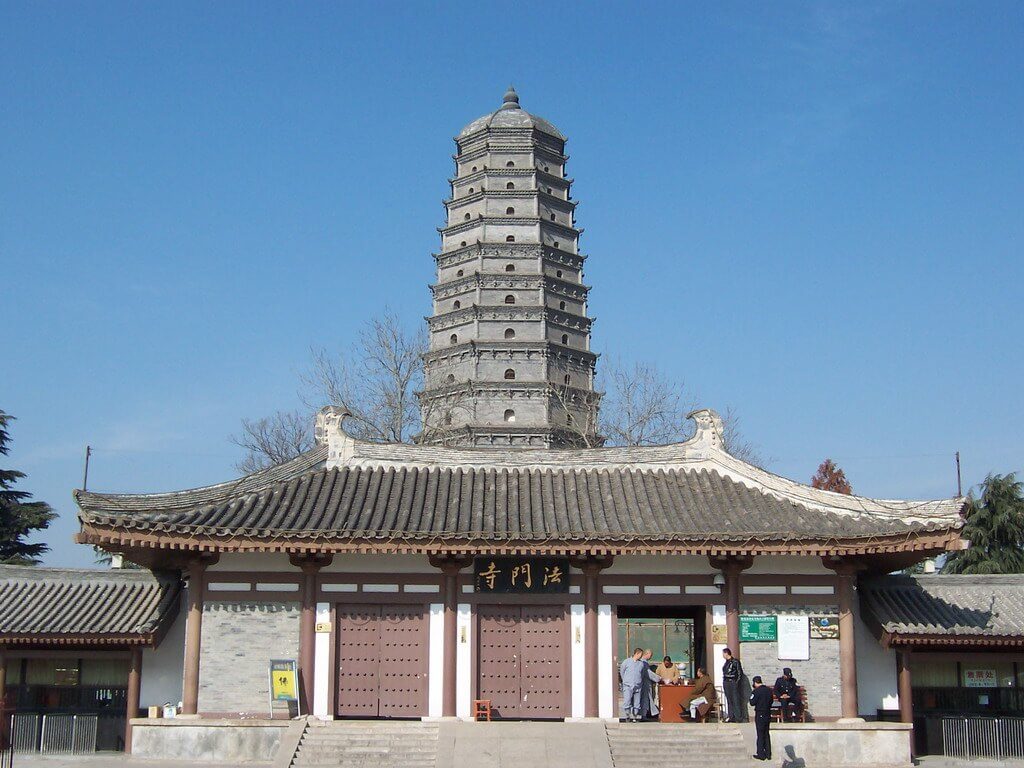 Famen Temple is an example of traditional Chinese Architecture located in the Fufeng County of Shaanxi province. A Grand Hall, followed by a Pagoda is the architectural plan of this temple. It was rebuilt several times, and now the temple is thirteen storeys long. There is also an underground palace where it is believed that a preserved Buddhist finger relic is present. 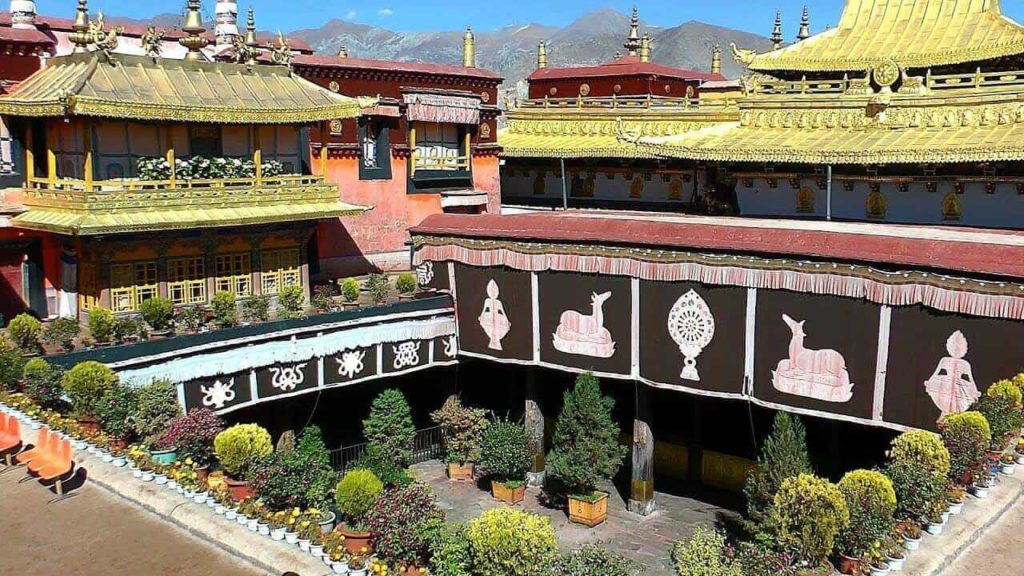 This Buddhist Temple is located at the heart of the Lhasa City which has a mixed architectural style. The temple is a mix of traditional Nepalese design with a Tibetan mix, and resembles the look of an Indian Vihara or Monastery. It is spread along a land of 6.2 acres and is believed to be built in the 7th Century. The roof of the temple is covered with gilded bronze tiles. 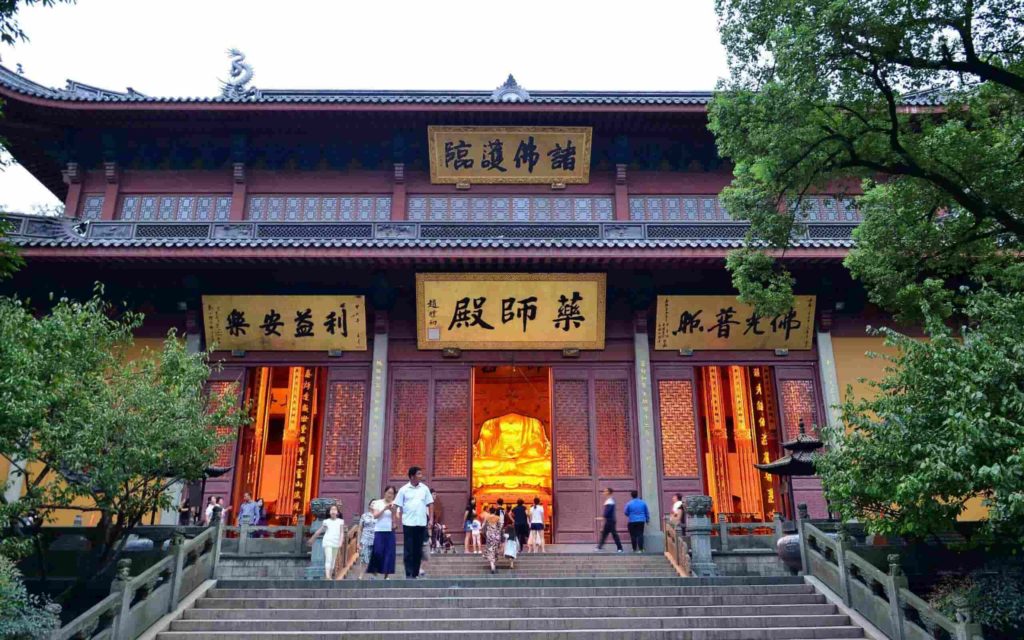 This Chinese Temple is located at Hangzhou in Zheijang Province. It is a traditional temple for Chan sect of Buddhism. The architecture of the temple constitutes the following parts: Hall of Four Heavenly Kings, Mahavira Hall, Hall of Bhaisajyaguru, Buddhist Texts Library, Huayan Hal and Hall of Five Hundred Arhats. 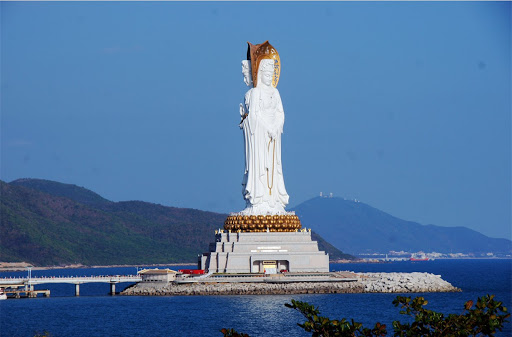 This Buddhist temple is located in the city of Sanya in Hainan Province. It was one of the recently structured Temple in China. It is also known as Nanashan Buddhism Cultural zone and also consists of the Guyanyin of Nanshan which is a 108 meters long statue of Bodhisattwa. It is known for its strategic location which offers a fantastic sea view to the tourists, and is marked as a Priority project by China Tourism Development. 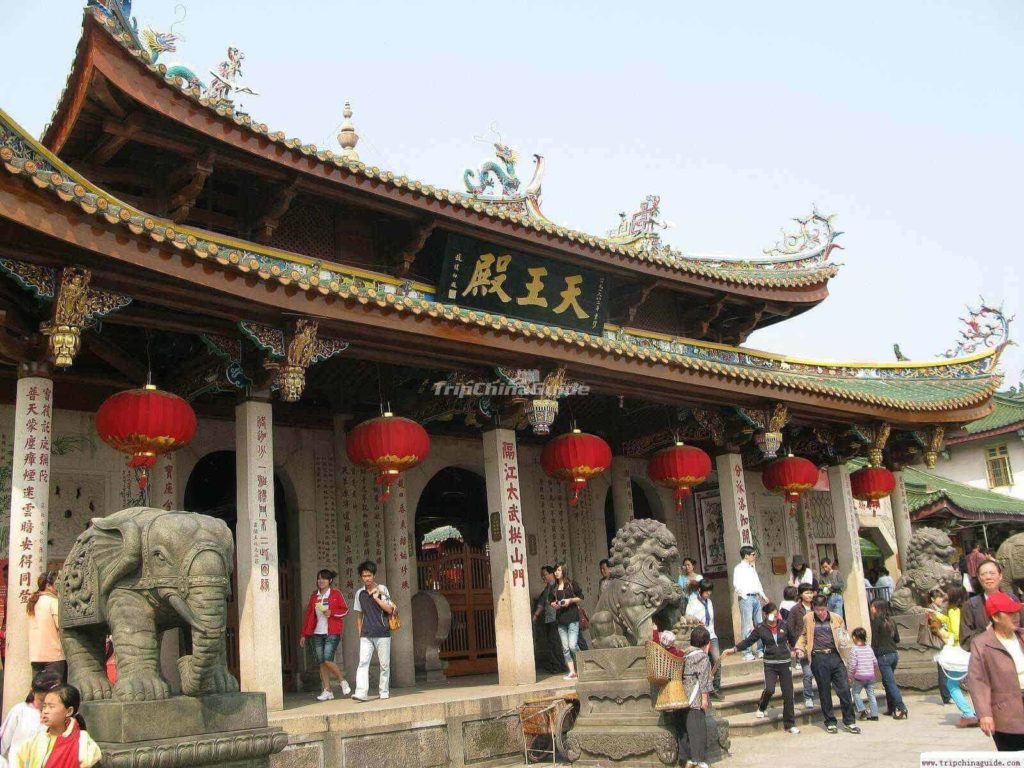 This is a one of the must visit Temples in China which is located at Xiamen city of Fujian Province. It is spread on an area of 30 thousand square meters and has four main buildings as the part of its architecture. The first building is the Devajara Hall or the Hall of Heavenly Kings, Mahavira Hall, Dabei Hall and the Sutra-keeping Pavilion. The last hall is the most interesting hall as it preserves thousands of Buddhist scriptures.

The Temple of Heaven, Beijing 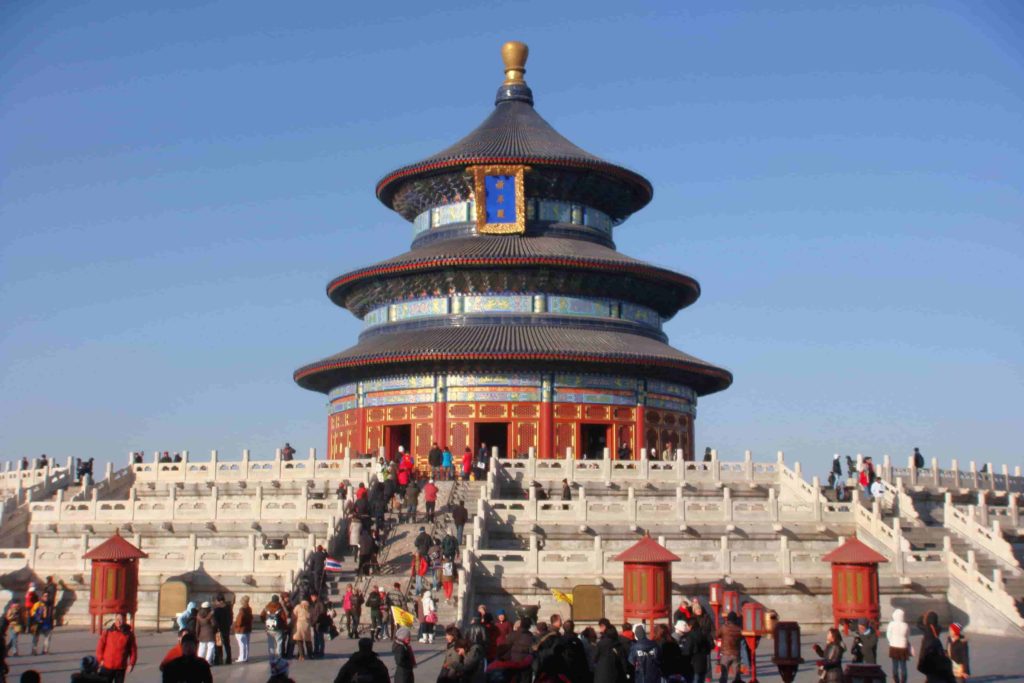 The Temple of Heaven is one of the important temples in Beijing, the capital city of China.  The 2.73 square kilometer area covers three main halls, which are The Hall of Prayer of Good Harvests, The Imperial Vault of Heaven and The Circular Mound Altar. The whole temple is built of expensive marbles and metals.

This is one of the most beautiful Temples in China, which is situated at the foothills of Camel Mountain Range of Mount Emei of Sichuan Province. The temple is known for its China Architecture with Hall of Maitreya, Beamless Brick Hall, Majestic Hall, Mahavira Hall and a library for Buddhist Texts. 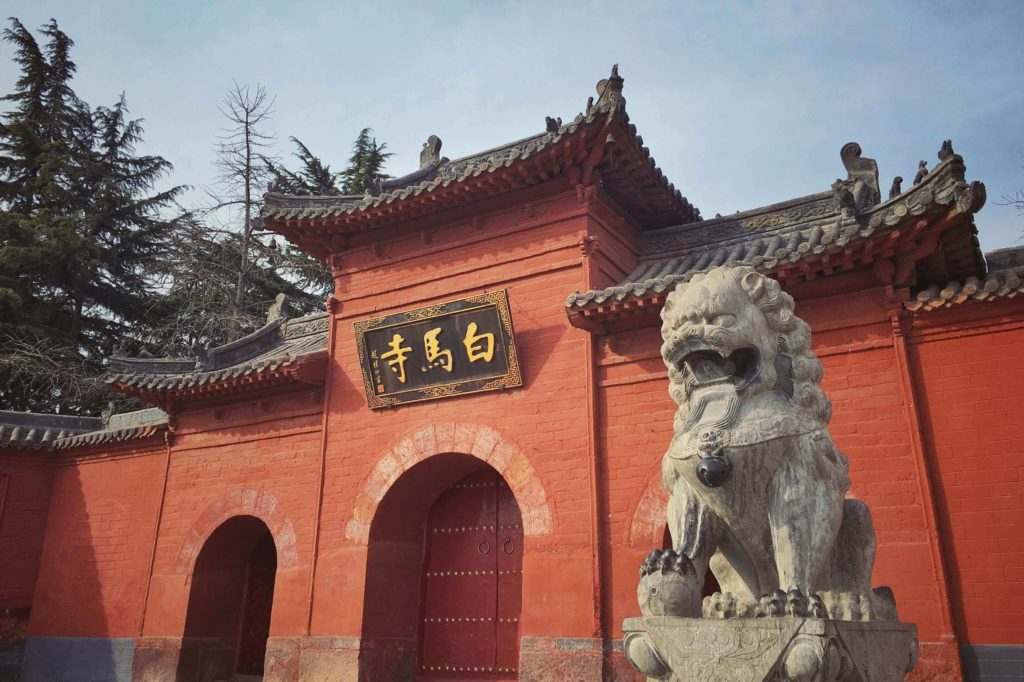 White Horse Temple is one of the ancient temples in China. It is located at Luyoang of Henan Province. The area covered by this temple is 32 acres and consists of a stone archway with three doors. The halls inside the temple contain the Hall of Greetings, The Hall of Jade Buddha, The Hall of Heavenly Kings and The Hall of Mahavira. 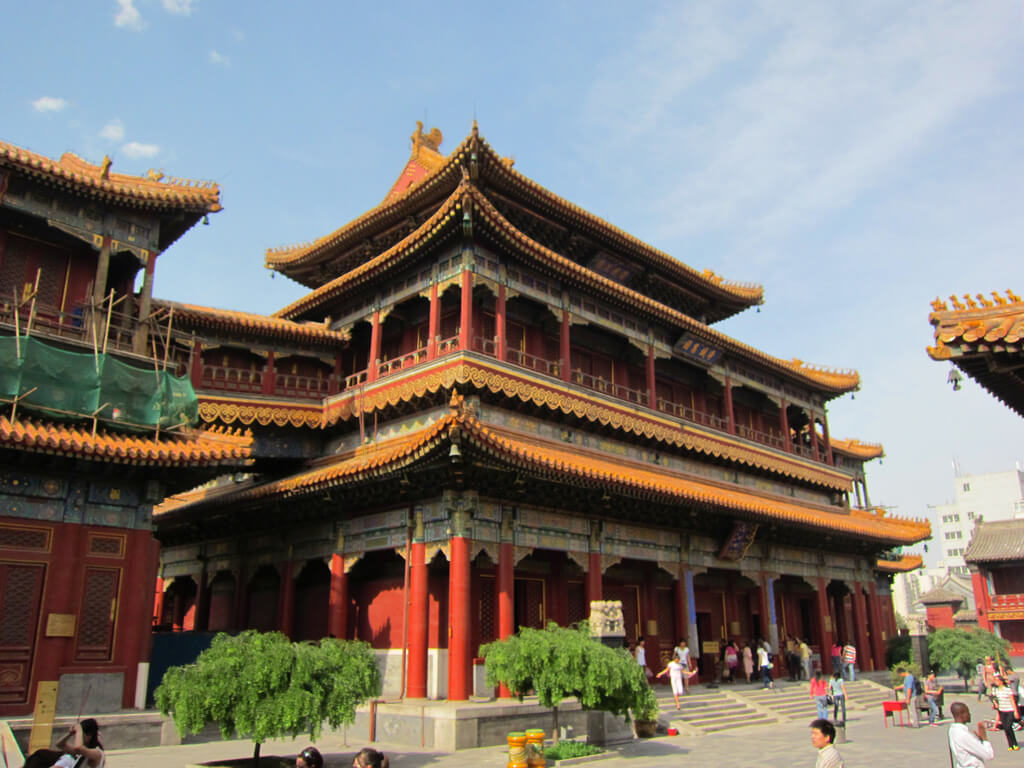 This is a temple dedicated for the Gelug school of Tibetan Buddhism. It is located at Beijing, the capital city of China. There are five main halls in this Chinese Temple separated by courtyards. 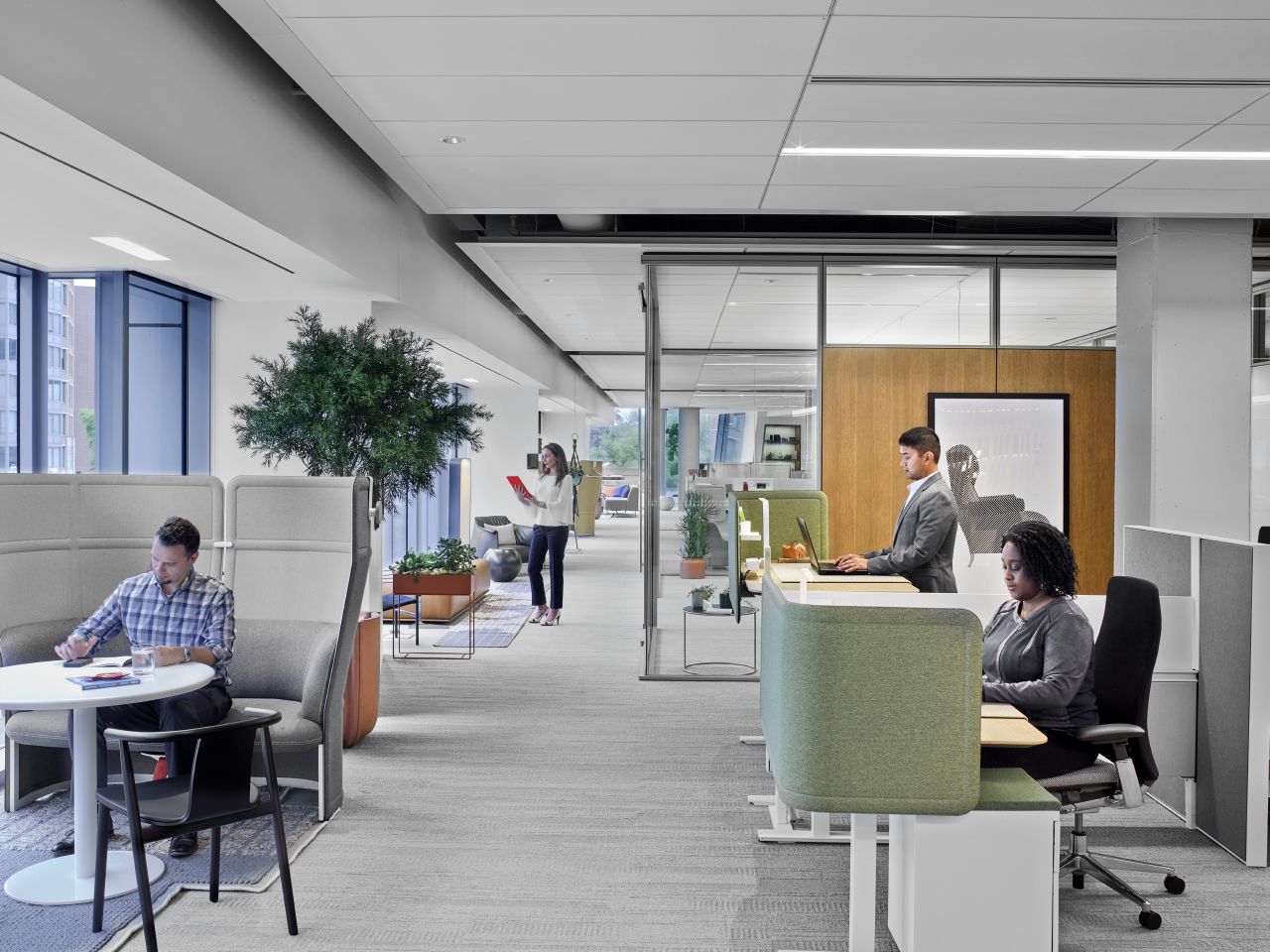