Why the Toilet Partition Gap - The Architecture Designs 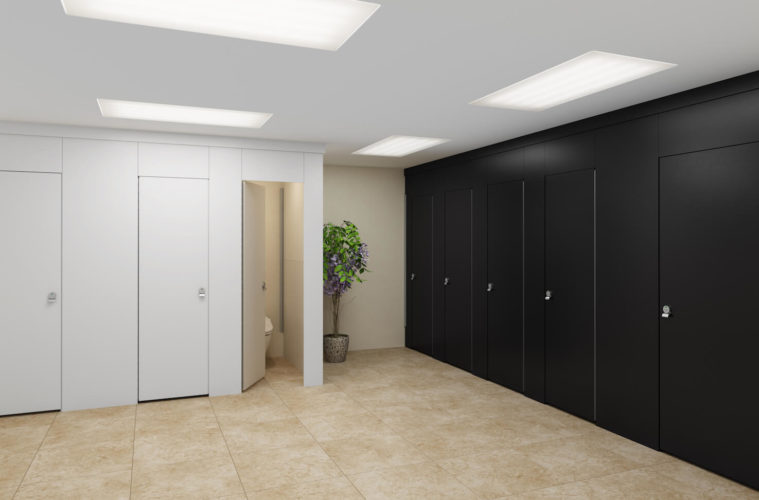 Why the Toilet Partition Gap 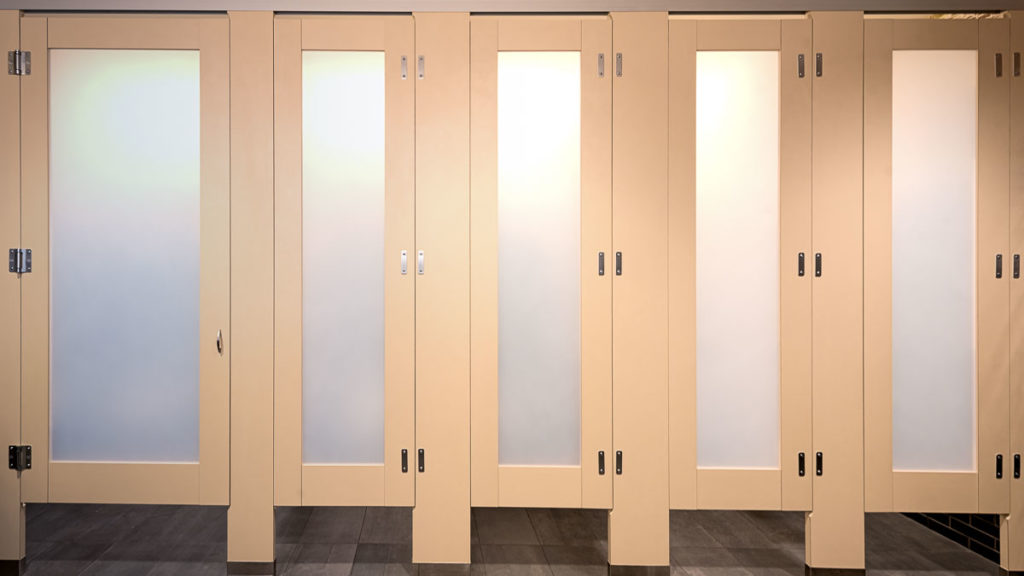 The early 1900s when people were still getting used to the idea of industrialization, a number of cities started to host a huge number of people. These workers had to have a place to relieve themselves in their place of work so thus came forth the idea of the public bathroom. Of course, men have used a bathroom out in public even before these times, but this was the dawning of the modern one which we all came to know and love.

The first questions brought against the idea was how remarkably difficult it would be to clean a public toilet. This was a valid remark and no one probably had the heart to tell the poor janitors about the mess they are about to face. That is when a bright man stepped up and brought upon the idea of the toilet partition. As he dabbled on a chalkboard about the revolutionary design we wished to imprint on the minds of their listeners, people noticed an uncanny resemblance. Someone from the back might have exclaimed how much the design is like the outhouse. For those who do not know, an outhouse is basically the bathroom but with less running water, and expectedly, more sunshine and fresh air. The word out from the outhouse probably gave it away, but an outhouse is usually separate from the main house. Thus is the only logical result of having no running water. 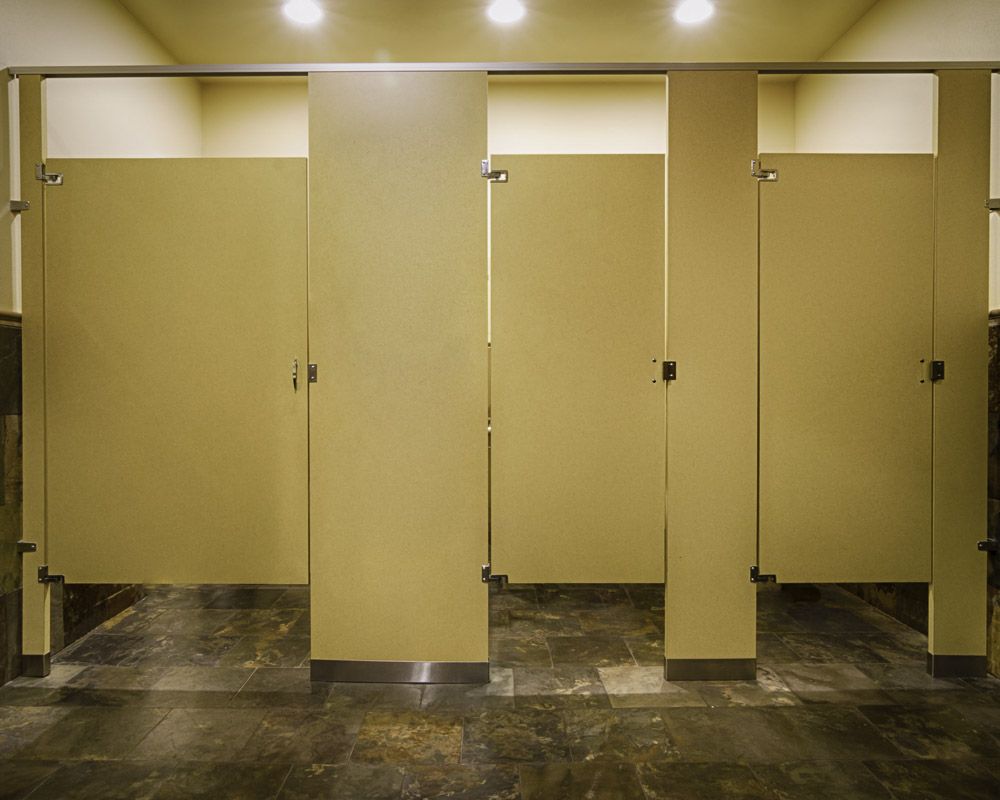 As the design started to materialize in front of a group of gentlemen who were probably wearing top hats, the guy exclaimed that it was an outhouse but was indoors. The inventor, not wanting to lose his patent over a similarity in his design, exclaimed that it was quite different. First, the toilet partition is inside of the building. And second, it has gaps under them and it will not go all the way to the ceiling. Privacy was not yet a thing then so no one probably even cared about the peepholes.

So, what was revolutionary about the design? Well, the gap itself is. The reason why people back then were hesitant to adopt a public restroom is because they felt sorry for the person who was to clean up after them. These gaps allowed the janitor to mop the underneath of stalls in seconds without going through each partition one by one. This means less time for the janitor to stay in the toilet and the less the people would feel sorry for him.This also means that water will be conserved. That is because the water used for cleaning can be reused throughout the entire bathroom. Less use of soap and water means more savings. 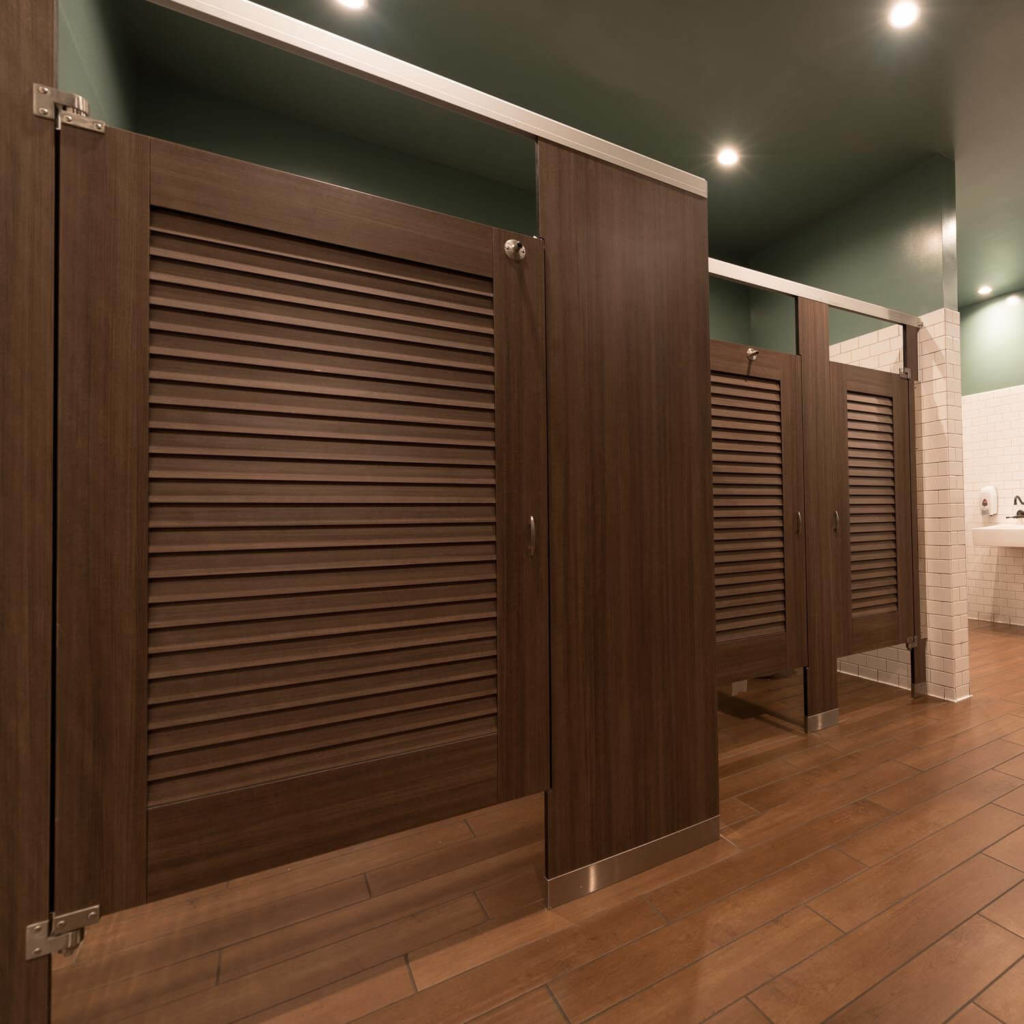 We can stop, notice, and tap ourselves in the back for how far we have come in making it easier for people with disability to live amongst the rest of the world. One of the ways that we have helped them is by gleefully agreeing to those gaps in the toilet. So, perhaps not everyone is happy about it but it is true that the simple gap can actually be used to help someone with a disability or undergoing some form of physical symptom that made him stuck in the bathroom stall. It is no surprise that you can fit an entire person through the gap.

This may feel like an arbitrary point to prove the worth of the gap but it is far from it. When people started to become conscious about the challenges of people with disabilities, one of the main things that was immediately pointed out was the lack of public facilities that would cater for their special needs. It was also during this time when they were debating whether or not to retain the toilet partitions that we are now accustomed to. People who brought forth the proposed laws to help persons with disability specifically asked for a separate bathroom to be used by them. And while this is not essentially directly connected with the toilet partitions, it had to be brought up. 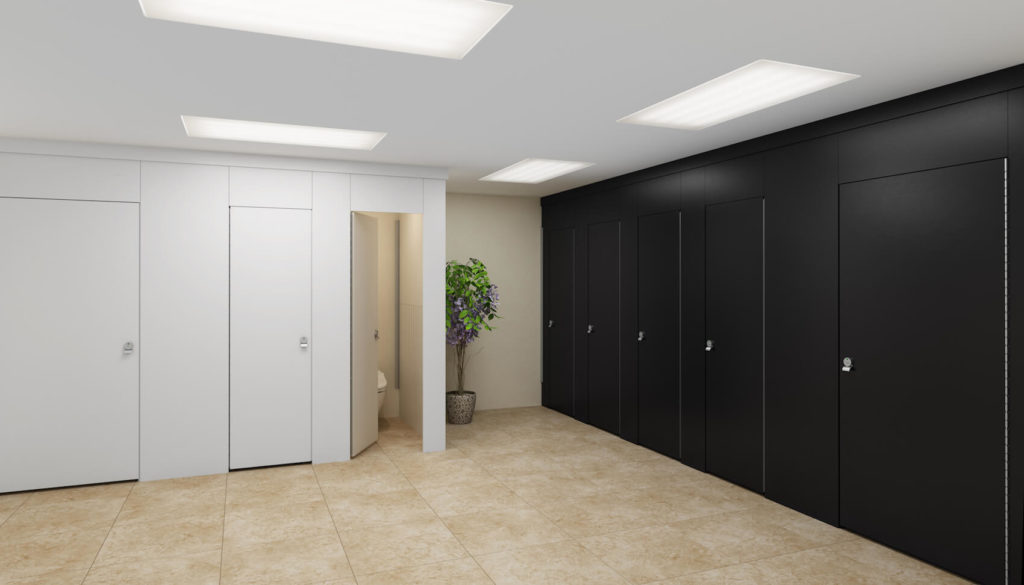 Everyone who has had the displeasure of using a public toilet knows that you are entering a place to relieve yourself but to enjoy art as well. I am, of course, talking about graffiti on the walls that every public toilet seems to have. It is as if, every empty space on a public toilet’s surface offends the vandals and they make it their sworn duty to save the bland empty space with caricatures of their own making.

So how does the toilet partition stop the vandal? Well, to put it simply, the partial privacy keeps them on their toes. No one seems to be able to catch a vandal in the bathroom. But that is just because he has to be totally alone in there for him to do it. And because the gaps on the partitions are wide enough, we can hear what is going on in there as well. The thudding of the pen or the spray of a canister can definitely be heard. 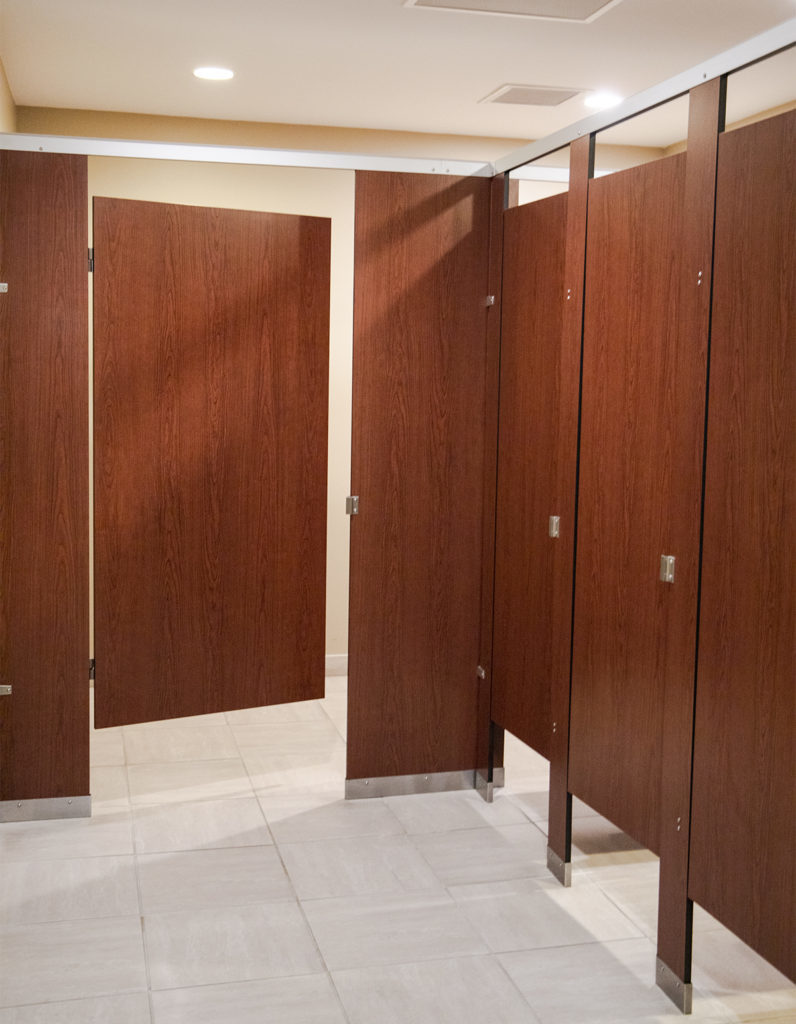 You may be keen to ask, if the deterrence did work because you still look at the public bathroom and see the questionable art works. Well, the solution is not perfect but there is a reason why certain public bathrooms were saved from this problem.

No one wants to have those little gaps while they are busy doing the number two dance. But there is a reason why they survived all these years. Although they might be remodeled at some point in the future, there is no question that toilet partitions are indeed ingenious at The Architecture Designs.